The Times They Are A-changin'- Part 1 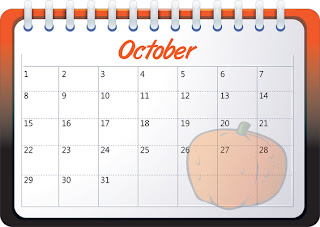 Wow!  As September comes to an end, I can hardly believe what awaits us in October.  I have referred to big things in past posts, but I couldn't really discuss them until now.  Several months ago, Jolly Green Daddy was offered a job working as a United States Public Health Service officer at the Centers for Disease control.  This is something that he has been trying to achieve for a long time.  And now that it is actually happening it is rather surreal.  After many months of correspondence with other government officials, JGD will officially be a Lieutenant in the USPHS and begin his position with the CDC in October.  He leaves for the Officer Basic Camp (mini bootcamp) in 2 weeks.  He then spends 2 weeks learning how to be a PHS officer and then heads off to Atlanta to begin working at the CDC.

So what does this mean for the rest of us?  Well, we have all been busy getting our current house ready to sell and will be taking another trip to Atlanta to look for a new house.  Sprout goes back and forth between being excited about this new adventure and bummed that she will miss her friends here.  I feel for her because I have been feeling the same way.  I know that this is going to be a great new start for our family, but am a little intimidated to leave the known for the unknown.

If anyone has any tips for moving or selling your house with young children, please add them to the comments.

Last week, I listed the foods that we are not eating or trying to stay away from.  Many people, Jolly Green Daddy included, see that list and can't imagine what we area actually eating.

The most overwhelming part of this for me was to try to create a schedule that rotated the "mild foods" in and out of our diet.  For right now, we are trying to avoid them for the most part and 1 meal a week has had one peanuts, wheat, or dairy.  Last night Small Fry broke out in a rash, that looked like a burn, around his face as we ate Mario Batali's Penne with Cauliflower.  Honestly, I have no idea what caused the reaction, but for right now I'm thinking we will stay away from wheat products and see how things go.

We have been eating Gluten Free Pancakes, Green Smoothies, a lot of vegan/nearly vegan meals, goat's milk, sheep's yogurt, goat cheeses, lots of fruit, rice/nut crackers, and apple butter.  As I told you, I will try to give you an idea of what we are eating and include recipes.

I will share some more of what we are eating and recipes in future posts. 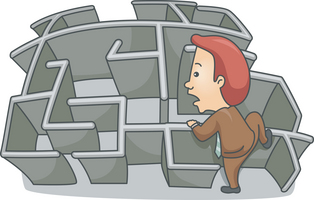 The other day, I told you about the foods that Small Fry cannot eat.  What does this mean for us now?  It means I'm doing a lot of cooking from scratch.  When we started down this path, my initial research into Corn Intolerances showed that any convenience foods we may have eaten would be a thing of the past.

The afternoon after Small Fry's doctor's appointment, I began to analyze the contents of our pantry, fridge and cabinets.  I'm still not sure how I did it without breaking down.  I knew that corn was in a lot of foods, but never realized just how much.  I used a list like this one.  And pulled out 95% of the what we had in the house.  I just kept reminding myself that what I was doing would improve the health of my family.

A month later, we received the results of the intolerance testing we had done.  We did the most basic test we could.  It tested for 50 foods, 10 additives and 10 colors.  It was time to reexamine our diets again.

To find new foods and recipes for us, I've been spending a lot of time on Pinterest.  Not that I didn't before, but now I'm looking for more specific foods and boards.

I'm hoping to post more about the recipes we try and any that we create on our own as we travel through the maze.  I also know that having a detailed menu plan is going to be the easiest way for us to navigate.  I will also try to include that here. 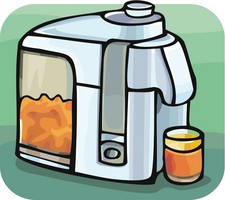 I've seen commercials for the online documentary Fat, Sick and Nearly Dead.  As someone who has always paid attention to what she (and her children) eats (JGD makes his own choices),  this peaked my interest.  I was then talking with a friend who said that it was a worthwhile documentary to watch.  So tonight I decided to watch it.

It's a documentary about Australian, Joe Cross.  He was overweight and suffered from an autoimmune disease that would cause him to break out in itchy blotches all over his body.  In order to regain control over his body, he did a 60-day juice fast followed by a fruit and vegetable heavy diet.  During this time,  he met a truck driver named, Phil, who suffered from the same the disease.  He then helped Phil go through the same juice fast and change his diet and life to conquer his morbid obesity and the physical ailments that went along with it.

I am not planning to have a juice fast any time time soon, but the documentary did make me more cognizant (if that's possible right now) of what I'm eating and how I feed my family.

You can join this health revolution and reboot your own system at Reboot Your Life.

Thank you to Joe Cross for creating such a thought provoking documentary and sharing it with us for free on his website.

I know, I know... It's been a while since I was last here.  I'm sorry yet again.  I guess I haven't really been holding my end of the bargain.  I'm going to try to post more, as I think it will good for me...

There is still a lot going on that I can't yet share with you, but I promise as soon as I can I will.  Here is what I can share with you...

Over the last 6 weeks, our diet has changed drastically.  About 2 months ago, we were away and noticed that Small Fry was getting a frequent rash on his face.  It reminded me of a rash that Sprout got at about the same age.  I had spoken to our pediatrician at the time, but we couldn't determine the cause and as it bothered me more than her, we didn't pursue it.  Again, I was bewildered trying to understand Small Fry's rash, until this trip.  Then again my reaction to dinner probably helped too.  Small Fry and Sprout were snacking on a corn based cereal, and I had polenta for dinner and realized that the 2 events were not unrelated.  About a week later, I served polenta for dinner again, and sure enough we both had a reaction.  I began investigating corn intolerances and then spoke with our pediatrician at a check up.  Honestly, he didn't share my strong opinion about my son's reaction to corn, but said that if I thought corn was making him sick not to give it to him.

Do you have any idea how much corn we eat on a daily basis?  I knew it was a lot, but I had no idea just how much.  And I won't bore you by going into it here.  I will say that I began making most of our food from scratch and looking for foods where I knew exactly what the ingredients were.  I also contacted a nutritionist for help, as I was very overwhelmed by everything I had learned.  She suggested conducting a Pediatric Food Intolerance test to get a better feel for what we are dealing with. After a couple weeks, and some struggles to get the blood test done (it's tough to find someone who can draw blood on a 15 month old), we received the results 2 weeks ago.

The test breaks things down into severe, moderate and mild categories.  The results are: 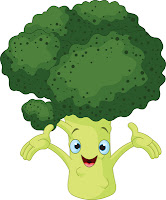 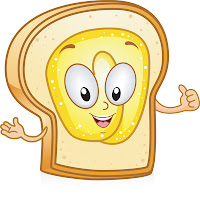 We are trying to avoid the moderate and severe foods completely for the next 3-6 months.  The mild foods are being integrated on a rotating menu.  I'm still trying to grasp what all of this means and how to feed my family, but we're getting by for now.  I am going to meet with the nutritionist again for help, and I'll let you know how it goes.

For now, I'm just hoping to share my experience with you, as I know we're not the only ones who are going through this.

Clip art courtesy of iclipart.com
Posted by Erica at 9:30 PM 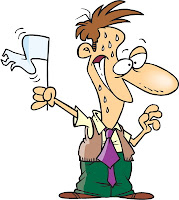 No not on my blog entirely.  Though I have done that before.  On moving it.  As much as I like the idea of moving over to using Wordpress it has become too much of a hassle and I spend the time that I would be writing the blog trying to get the new site to work.

I think it's time to call the host of the new site and cancel the new page.  I would much rather spend my time brain dumping, errr, ummm... chatting with you than fighting with html.  I am debating starting another blog (which I will share with you once I get it up and running), and I do plan to use Wordpress for that one.  I definitely like what can be done with Wordpress, but it looks like making the jump from Blogger is just too big of a pain for me at this point.

Thank you for bearing with me as I went through this.  Hopefully, I will be able to get things back to normal (whatever that is) soon.

I'm sorry for the change of appearance and any other difficulties you may have had using my site this past week or so.  I am in the process of moving the site and encountering some issues.  If anyone has seen a really great tutorial for moving the blog with troubleshooting I would love to see it.

In addition to my changes, Google Friend Connect will no longer be a working widget as Google is trying to move everyone over to Google+.  I am trying to get that set up as well, but for now, please like me on Facebook to continue following along.  I hope you will continue to come along as we continue to grow.

Looking for thoughts on toys?

Erica
I am the mom to the Paleo Kidz. While still new to the Paleo world we have learned so much and feel so great that we just have to share with all of you. We love spending time outside, climbing, natural and organic foods, being healthy and keeping the world around us healthy too! 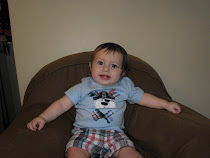 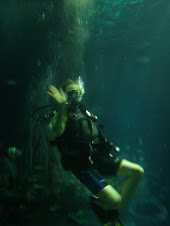 What are People Reading?

Please feel free to use any ideas from my blog for personal use. I work hard to create fun activities and hope that you appreciate them. Being that I do work hard, I would appreciate it if you could link back here if you use any of my ideas. Also, please to do not use any pictures from this blog without my permission.
Thank you!

How can you help? 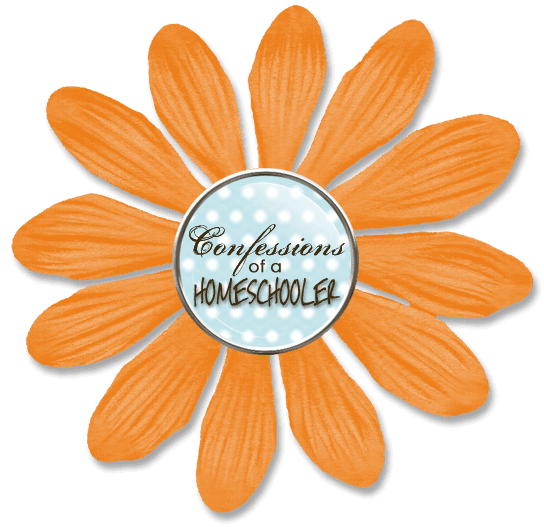 Looking for a Deal